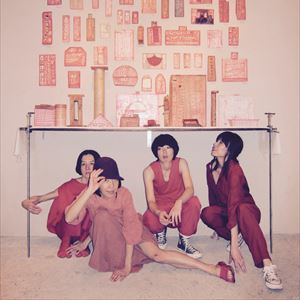 This event is for 18 and over - No refunds will be issued for under 18s.

After a six year hiatus, OOIOO has created a new album that goes back to the roots of being a four piece band. The music shows the full spectrum of the unique sound they have crafted throughout the years, which can only be described as “OOIOO” .It might come as a surprise that this album was recorded by a conventional band ensemble of two guitars, bass, and drums. They viewed their instruments simply as “objects that make sounds”, and took a primitive and basic approach to creating the music.